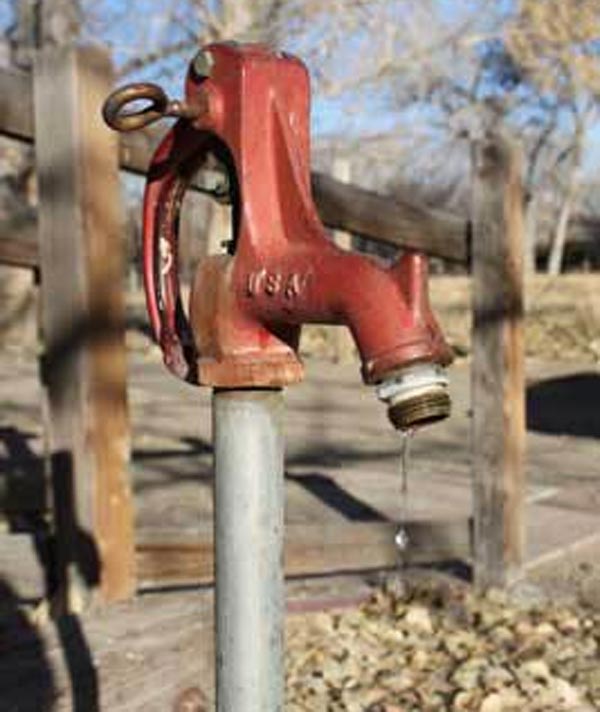 My phone rang last week and on the other end of the line was a local excavating contractor. He informed me that he was on a job site in Avon looking for a water leak. His crew had unsuccessfully spent time digging a hole on a very large piece of land looking for the pesky little water leak. He explained to me that the property owner had received a very large water bill indicating some sort of underground water leak. My suggestion was to allow me to perform an underground water leak detection test.

The Art of Water Leak Detection

Once on site I quickly familiarized myself with the location of the underground water lines. What I was looking at was about a thousand feet of underground water line with four branches, each one going to yard hydrants used to supply water to animals. I took a deep breath and said to myself  “this is going to be like finding a needle in a haystack”.

I began my water leak detection by making sure none of the hydrants were visibly leaking. I then checked the leak indicator on the water meter and could tell it was a small leak, maybe 2 gallons per minute. Unsure of the type of piping I was dealing with, I applied pipe locating equipment to the hydrants but could get no signals. This meant most likely I was dealing with a very small water leak on a plastic water line buried at least 3 feet deep. Small leaks on plastic water lines at this depth make very little noise needed for water leak detection.

My next move was to perform a leak survey with a sonoscope leak detector. I went to each hydrant and listened. Hydrant 1 – 3 had no sound. When I got to hydrant number four I could hear water leaking. With this I knew there was a water leak between hydrant number 3 and 4 since they were in a straight line about a hundred feet apart. Now I was getting some where! My water leak detection process could now be focused on a hundred feet of pipe rather than a 1000 feet of pipe.

Armed with this I applied a more sensitive water leak detection device to hydrant number 4. With this my readings were telling me the water leak was not far from hydrant number 4. After listening with my probe around the area where the hydrant was located I determined the water leak had to be really close or at the base of the hydrant especially since sound doesn’t travel very far on plastic pipe. To confirm the location I shut off the water and applied an inert tracer gas to the line. After about 10-15 minutes I got positive readings right at the base of the hydrant.

The total time on this job was about two hours. The owner of the property knows exactly where the leak is so it can be repaired without destroying here property. There is a good chance that another contractor would have come in and spent countless hours looking for the leak or even want to replace all of the water lines.

Have a water leak in the Avon area? Call Absolute Plumbing and Boiler for professional water leak detection.

“Excellent service. Arrived when they said they would. Took care of the problem quickly. Dan was very knowledgeable as to what was my problem and what was the problem of the village. This saved me a lot of money. We were very happy with Dan’s service.”

“I was very pleased with Dan’s work. He fixed my hot water tank within 1/2 hour. I would highly recommend him to anyone needing plumbing work done. I will definitely contact Absolute Plumbing for replacement of my tank in the very near future. Thank you Dan!”

“Dan is extremely knowledgeable and diligent. He made sure I understood what was wrong with my plumbing and laid out scenarios to run through in order to fix it. I’d recommend Absolute Plumbing & Boiler for all your plumbing and boiler service needs.”

“Dan responded promptly to our call about a leaking water heater and scheduled a quick appointment. He was extremely professional, explained every detail in layperson terms, and provided a cost-effective solution. We would recommend Dan to anyone and think he should teach classes on customer service to other contractors.”

“We are very pleased with the work that Dan did for us. He is very knowledgeable, very professional, and very helpful. We felt that Dan was very honest in his assessment of our situation and very fair in his price to correct our problem. We would hire Absolute Plumbing again if we’re ever in need of a plumbing service, and would highly recommend him to my family and friends.”

“Our water heater went out Sunday night and Dan came Monday and got it back working. Thank-You so much for the quick service. Was Really nice to take a hot shower Monday night. You guys ROCK!”